Commercial Insurance Products and Services
Customized for Your Business Needs

About The Sweeney Company 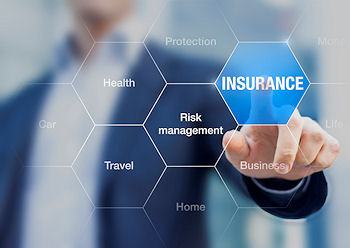 A top goal of the agency is to provide 100% customer satisfaction. The agency is staffed with long time, dedicated employees who desire to establish working relationships with both the customer and their employees. Everyone at The Sweeney Company wants to earn business by hard work and commitment to your company’s insurance needs, even beyond the “8 to 5” work day. Our valued employees take great pride in doing a good job for our customers. We enjoy a high client retention rate.

The Sweeney Company has excellent relationships with a variety of financially sound and highly reputable insurance companies and has earned their respect and support. While The Sweeney Company is Fort Worth based, we will travel to your place of business regardless of the distance.

President
Charles is a founding principal and President of The Sweeney Company. He graduated in 1965 from SMU’s school of business and specializes in bonding.

Vice President
Bill is Vice President and also a founding principal. He graduated from TWC in 1972 with a degree in business.

Secretary
Jim serves as secretary. He is a 1967 graduate from TCU and has been in the insurance industry since 1966. Jim is a founding principal.

Agent
Larry is a 1981 graduate from UTA and specializes in life and health insurance.

Agent
Kyle also specializes in bonding and is a 1994 graduate from SMU with a BBA.

Agent
Michael has a degree in business from Tarleton State. He graduated in 1998 and writes various businesses within the construction industry.

Agent
David graduated from TCU in 2003 with a finance degree and primarily writes insurance for the construction and energy industries.

We proudly serve all of Texas.